« The lyrical photographies series Cascade Langevin, which was shot on the Reunion island, refers to the island’s countless majestic and beautifully crystalline waterfalls. It depicts a seemingly unreal piece of paradise dominated by an abundant vegetation that appears to have been left untouched by mankind.

In the photography L’Hermitage-les-bains the body of a woman is shown half-immersed in diaphanous, transparent water that merges with the sky. The face of the woman is concealed as she looks towards the sky. The central motif is at once sensual, anonymous and mysterious, forming a harmonious entity with its shimmering surrounding.

The subjective and narrative photography from the series Bébour-Bélouve represent dreamscapes, escapist locations, alternatives ti the daily grind, unknown islands, refuges for human,-wild, hidden in the mist, obeying their own laws, still preserved and autonomous. The warm and sensual colours occasionally contrast with bright light and cold shades, investing the photographs with a supernatural and melancholic atmosphere, as though they were fragments of memories.» 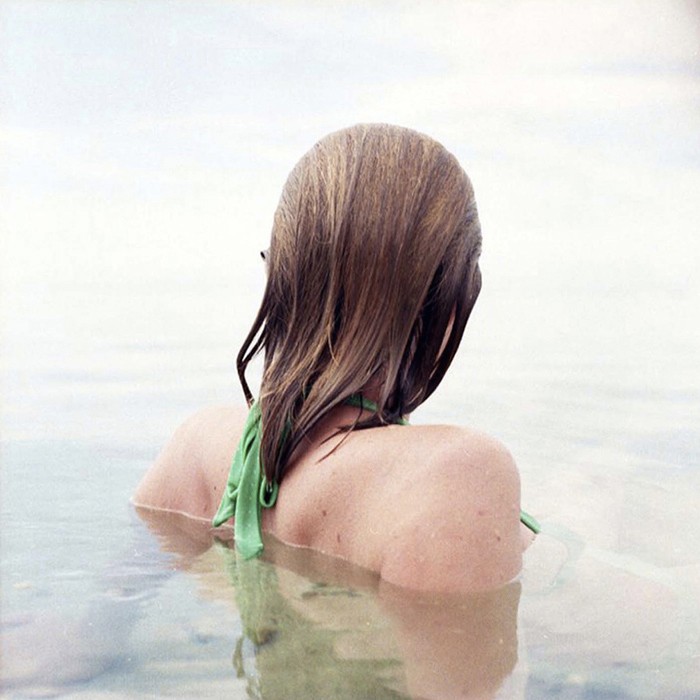